Wear it in the Metaverse
Digital Fashion is a convergence between gaming and fashion designed to extend our self- expression to the virtual world, and provide infinite freedom for those who wear digital and for all designers and brands.
It can be worn on your in-game avatar, on zoom, or on your social media, you don't have to buy a new physical garment if you only need another catchy Instagram post.
NFTs can be sold, transferred, resold, and they can be collected and tried on a photo or video!
Using 3D software, designers can push the realms of creativity by rendering digital clothes without physical constraints, making the metaverse fashion's next frontier.
Digital Fashion can work alongside IRL activations, creating more opportunities for brands to engage new audiences.
From digital catwalks to online showrooms and NFT dresses, iconic fashion brands are experimenting with virtual experiences and Web3. 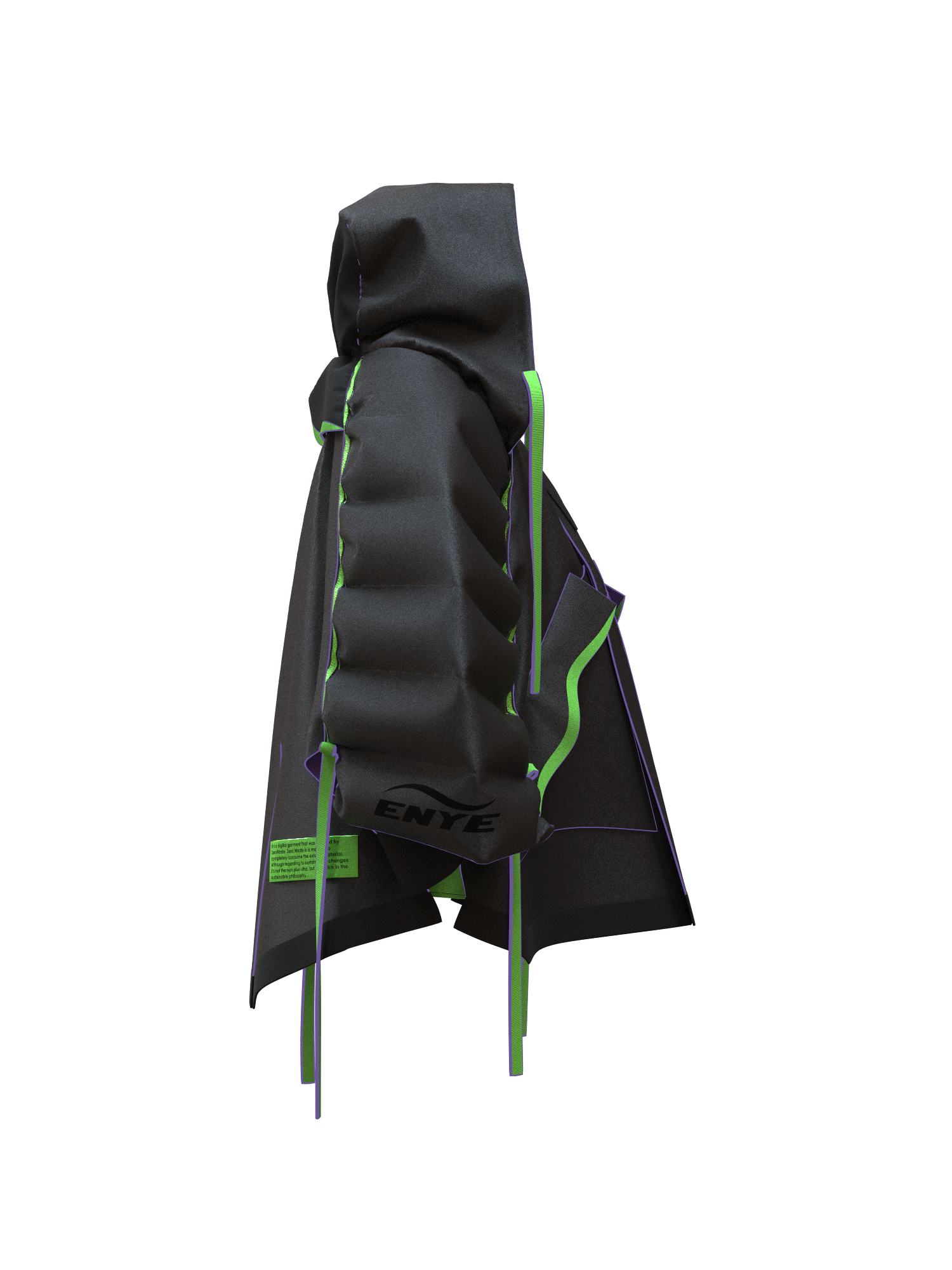 Digital Fashion
NFTs can be sold, transferred, resold, and they can be collected and tried on a photo or video!
It can be worn on your in-game avatar, on zoom, or on your social media, you don't have to buy a new physical garment if you only need another catchy Instagram post.
Using 3D software, designers can push the realms of creativity by rendering digital clothes without physical constraints, making the metaverse fashion's next frontier.
Digital Fashion can work alongside IRL activations, creating more opportunities for brands to engage new audiences.
From digital catwalks to online showrooms and NFT dresses, iconic fashion brands are experimenting with virtual experiences and Web3.
Fabrics Simulation
The clothes simulation and rendering technologies replicates the natural flow of any fabric and create a pure and life-like effect.
Advanced 3D body tracking and segmentation make it possible to perfectly fit virtual garments on a human body in real time

THE FRNTAL marketplace will allow the sale of Digital Fashion items which retain their ability to be worn across virtual environments.

THE FRNTAL will also organize showcases within worn environments to help further the perception of Digital Fashion as a valuable asset and give digitally native designers exposure (MetaSpace Digital Fashion Week, Coming Soon)

THE FRNTAL will expand the value of Digital Fashion for both those who wear it in virtual worlds and those who collect it for display, and will provide routes for creators to connect with buyers and earn consistent revenue through royalties baked into both the marketplace, and the earner ship protocols themselves.

The FRNTAL will create and integrate an iOS app where users can try on digital clothes in real time through their phone camera, collect items in the digital Wardrobe and create sharable content for their social media.

Q1: When will my order ship?

Q2: Can I inspect the goods before receiving them?

Yes, you can check the quality of the goods before proceeding to payment.

Q3: Why hasn’t my shipment arrived?

Many reasons can cause shipments delay such as traffic or bad weather. Check the status of your shipment using your email address and order number on our tracking page or directly with FedEx using the FedEx tracking number provided on your invoice. EcomSolid does not have access to more detailed information.

Q4: Which countries do you ship to?

We ship directly to customers within America. If you are located outside America you may purchase our products through one of our international distributors. If your country is not listed in our distributor list, please contact us, as we may be able to ship directly to your destination.

We accept credit card, cheque, bank or wire transfers as forms of payment. Please note that we pass on bank charges for wire transfer fees which will be added to your invoice ($15). This is in addition to the standard $20 handling fee.

Q2: What credit cards do you accept?

Q3: What currency are your prices listed in?

All prices are quoted in USD unless you are located in Canada, where prices are listed in CAD, the currency will automatically change from USD to CAD.

Our terms of payment are net 30 days, unless otherwise specified. Pre-payment may be required prior for shipping to certain locations.

We guarantee that at the time of shipment that your product is free from defects in materials and workmanship, and that it will meet the specific requirements detailed on the lot-specific datasheet provided with the product. Should you have a technical issue with a product, please contact our technical support services.

Q2: Can I return the product?

All returns must have prior authorization from EcomSolid, and are subject to a 25% restocking fee on the items plus any shipping & handling charges. Products must be shipped back to us within 7 working days of receipt of the items. Return condition must be the same or equivalent to EcomSolid original packaging.

Q3: I ordered the wrong product. What should I do?

We will consider taking the product back, subject to a 25% restocking fee on the items plus any shipping & handling charges. The customer is responsible for shipping charges to and from us for both the returned product and the new replacement product.

Q4: My product was damaged upon arrival. What should I do?

Malfunction and/or breakage/damage resulting from any external factors after delivery of product is covered under our terms of warranty. Please notify us within 24 hours of receiving the goods. After this period or if the product was not stored as directed on the datasheet, we are unable to honor a warranty claim.

We support designers and all creators so that they can get due credit for their artwork.

We want to build a decentralised network of digital fashion art for designers, brands, artists and collectors.

What is The FRNTAL NFT Platform?

What technology is behind The FRNTAL?

How to buy digital artwork?

Step 1 - Get a MetaMask crypto wallet. Find out how.

Step 2 - click 'connect METAMASK' button at the top right area of screen. It's just an authorisation step you won't get charged for this.

Step 3 - Make sure that you have enough ETH on your Ethereum wallet. Now you can buy wearable art at The FRNTAL.

Do you have an OpenSea integration?

Yes, you can view the collectibles you have created on nft.thefrntal.com, on OpenSea, and RARIBLE as well.

A non-fungible token (NFT) is a unit of data stored on a digital ledger, called a blockchain, that certifies a digital asset to be unique and therefore not interchangeable.

NFTs can be used to represent items such as photos, videos, audio, and other types of digital files.

What is gas fee?

Gas fees are payments made by users to compensate for the computing energy required to process and validate transactions on the Ethereum blockchain. Gas limit refers to the maximum amount of gas (or energy) that you're willing to spend on a particular transaction.